The FCC has giving the greenlight for the Connect America Fund Phase II reverse auction, with the window for applications ending on March 30.

With $1.98 billion available over the next decade to support the closing of the digital divide across the US. Officially known as Auction 903, the initiative aims to bring broadband to as many as 1 million homes and small businesses across 20 states which are deemed to be underserved at the moment.

Applicants to the fund will have to demonstrate they can do the most with the smallest amount of investment if they are to be successful. The tables below demonstrate how the FCC will distribute the funding against performance standards. But as a general rule, the more offered and the lower the applied for funding, the more interested the FCC will be. 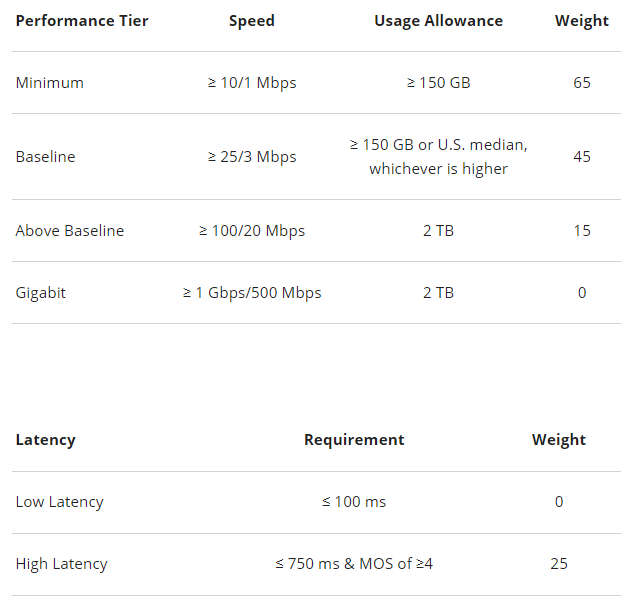 In terms of the deployment, successful applicants must offer commercially at least one voice and one broadband service meeting the relevant service requirements to the required number of locations. When it comes to milestones, 40% of the required number of locations must meet the service performance metrics by the end of the third year, plus an additional 20% per year after that, before hitting 100% by the end of the 10 year period.

And just to make sure the farmers aren’t getting ripped off, the FCC will continue to benchmark the offered rates against the urban equivalent. You can see the methodology the FCC uses to judge want would be considered reasonable rates here. Those who do not meet the milestones or offer what would be considered reasonable rates will face the threat of legal action as the FCC promises to recover the funds.

Closing the digital divide between the rural and urban communities is a challenge which has plagued the FCC and US government for some time, and we would be surprised if this funding makes a significant difference. As long as the major telcos are trying to recoup lost profits, the focus will be on the more profitable regions of the US.