UK telecoms regulator Ofcom has had another go at tweaking the system with the stated intention of getting more fibre laid around the country.

As we discussed on our recent podcast fibre infrastructure is as important as any other utility for any country that has serious ambitions to participate in the global digital economy. There is a great deal of variation between countries, even just in Western Europe, in their approach to fibre and those that get ahead of the game stand to be at a significant competitive advantage.

Ofcom seems mindful of this and has proposed a fresh set of regulations, largely aimed at BT’s fixed-line wholesale arm Openreach, which are designed to both encourage fresh fibre to be laid, but at the same time keep ‘superfast’ broadband affordable for everyone by lowering what Openreach can charge other providers for its 40 Mbps service.

The main initiatives consist firstly of a further call for BT to make its ducts and poles available to anyone who fancies whacking a bit of their own fibre into them, including a commitment to clear them out or add capacity if need be and the provision of a digital map. Ofcom reckons this could halve the cost of laying fibre cables to £250 per home.

But Ofcom is also concerned about BT undermining any new fibre investment by selectively dropping its pants on price to undercut its new competitor, so it’s banning that, and then it’s knocking 25% off the annual wholesale rental price for the 40 mbps service, as shown in the table below. 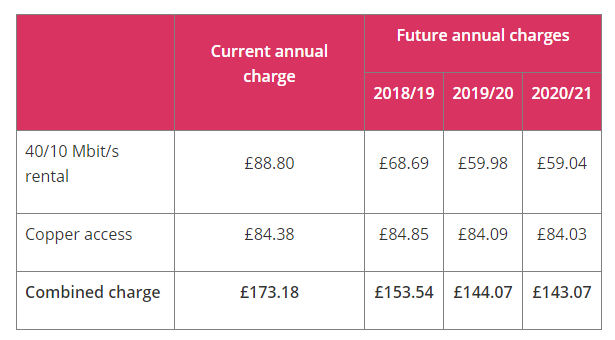 “The measures we’ve set out today will support the growing number of companies who have already announced plans to build full-fibre networks, and open the way for even more ambitious investment around the UK.”

Openreach also had plenty to say on the matter. “Ofcom’s statement gives us certainty on their approach to key products and we welcome Ofcom’s intention to support investment in full fibre networks,” said an Openreach spokesperson. “But to incentivise further FTTP investment, infrastructure builders – including Openreach as the largest FTTP builder in the UK – need to be certain they can secure a return on their investment and a fair bet. In particular, we will need to look carefully at geographic pricing restrictions and need to define future fair bet conditions in more detail.

“In the meantime Openreach is getting on with the job of making Fibre-to-the-Premises broadband available to three million premises by the end of 2020. That puts us on the right trajectory to cover ten million premises with FTTP by the mid-2020s if the conditions are right. We want to go significantly beyond that – to the majority of the UK – but the pace and extent of our investment will depend on how quickly other key enablers can be realised. We welcome Ofcom’s comments around support for a future digital switchover.”

One of the things that jumps out of that pricing table is how much margin broadband suppliers seem to get on consumer broadband packages. The wholesale price of 40 mbps broadband is currently around £14 per month and even special, time-limited deals in the UK at this level tend to start at around £25 per month, plus a bunch of extras. So 100% margin on broadband doesn’t seem to be an uncommon occurrence here.

This is at the ‘draft statement’ stage right now but, assuming it all goes through, it will be interesting to see if ISPs pass on the 25% reduction to consumers and also to see how much ongoing aggro the cap on selective price-cutting by BT will cause. But ultimately all that matters is that the level of FTTH is significantly increased from the feeble 3% level it’s at today. Here’s a handy infographic from Ofcom designed to illustrate its central point. 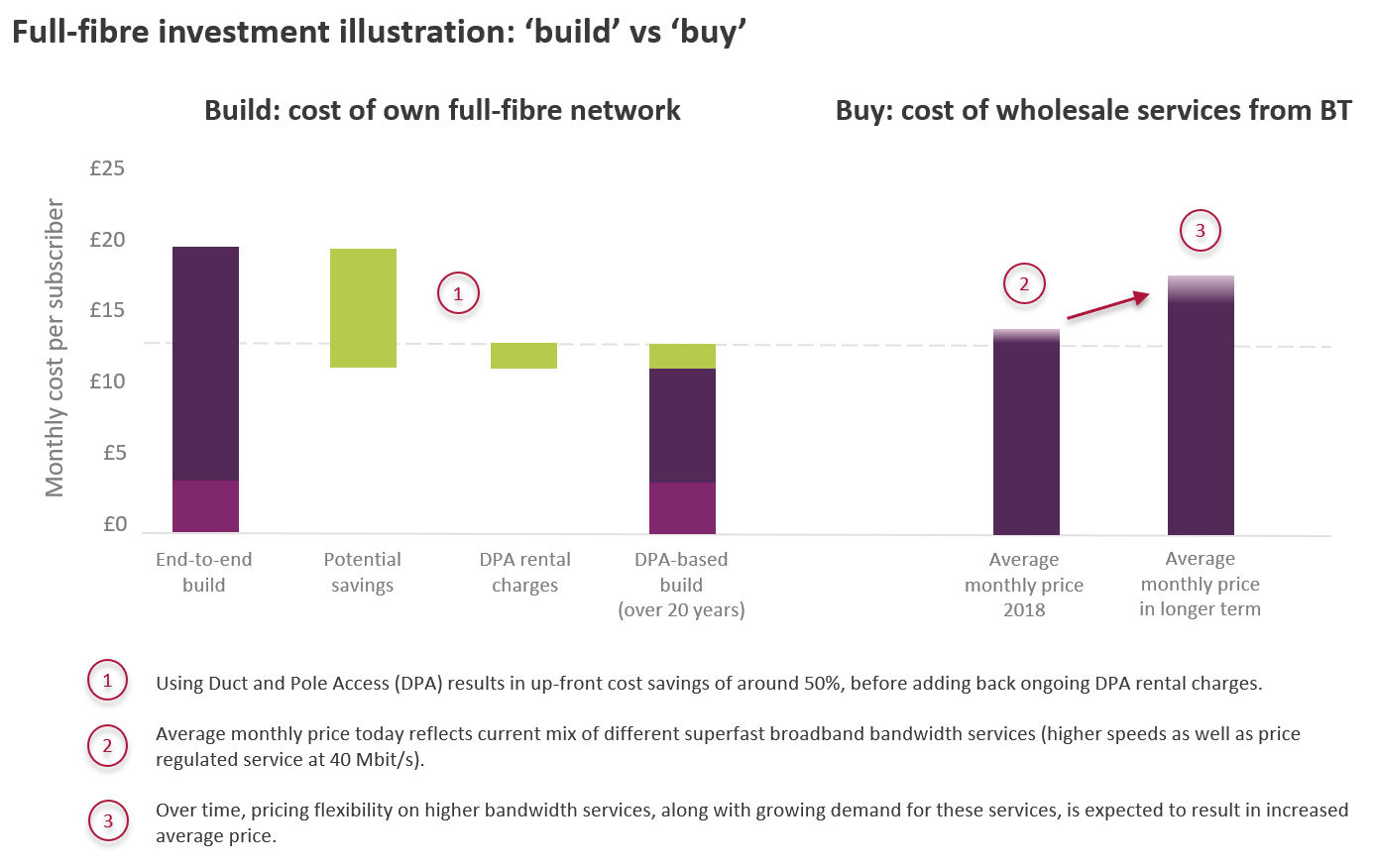 Democrats eye up Bill of Rights for the Internet

Deutsche Telekom shows you have to spend money to make money