The launch, which was partially under threat due to adverse weather conditions, took place on Sunday morning with the satellite deployed 32 minutes after lift-off. Following the separation, the Falcon 9 launch vehicle was successfully landed on the ‘Of Course I Still Love You’ drone ship, an autonomous vessel to allow for recovery of rocket assets, which is stationed in the Atlantic Ocean. The satellite will be owned and operated by Canadian satellite communications company Telesat.

Operating from Telesat’s prime orbital location of 63 degrees West, 22,250 miles above the earth, the Telstar 19 Vantage satellite has two high throughput payloads, one in Ku-band and the other in Ka-band, serving the South, Central and North American regions. In South America, Telesat’s customer Hughes Network Systems has invested to make use of the Ka-band capacity, while the Ka-band capacity over Northern Canada, the Caribbean and the North Atlantic Ocean will be utilised by several different customers including Bell Canada subsidiary Northwestel. In-orbit testing will now commence before services kick-off in the summer, with a 15-year design life.

While the satellite communications segment is certainly a more niche aspect of the overall sector, SpaceX is creating somewhat of a strangle hold on the launch industry with estimates putting Musk’s market share at more than 50%. The trick here seems to be SpaceX’s cash conscious attitude and drive to recycle as much of the assets as possible. While this is the first time this Falcon 9 asset hit the skies, SpaceX has recycled reusable rocket boosters on more than 20 occasions, with the team hoping recovered assets can each be used between 10 and 100 times.

SpaceX has a busy schedule over the next couple of months, with the next launches taking place on July 25 and August 2 for Iridium and Telkom Indonesia respectively. 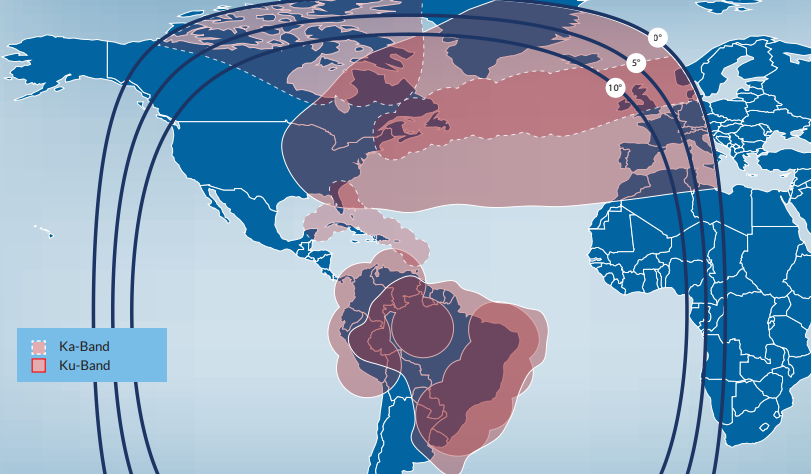