Consumer advocacy group Which mined data from its broadband speed checker app to compare what is advertised with what people actually get.

The overall finding was that, on average, the 235,000 users of the app pay for broadband services that claim to offer speeds ‘up to’ 38 Mbps, but only get 19 Mbps. Which seems to have timed the announcement to coincide with new advertising standards that will come into effect next week, apparently prohibiting the use of the slipper phrase ‘up to’ when plugging broadband services in the UK.

“This change in the rules is good news for customers who have been continuously been let down by unrealistic adverts and broadband speeds that won’t ever live up to expectations,” said Alex Neill of Which. “We know that speed and reliability of service really matter to customers and we will be keeping a close eye on providers to make sure they follow these new rules and finally deliver the service that people pay for.”

Not everyone is convinced by these findings, however. “Looking at Which’s results here I have to say I find them rather odd,” said Dan Howdle of broadband advice site Cable.co.uk. “Ofcom’s most recent testing shows, for example, that a 200Mbps connection (offered exclusively by Virgin Media in the UK) averaged 92% of the advertised speed at peak times.

“With such a large disparity between Ofcom’s results and those of Which I believe something could be amiss. One possible explanation might be if measurements were to be taken over wifi (rather than over a LAN cable) – this would have the potential to show the much slower averages measured by Which.

“Wifi, while capable of these speeds on paper, tends to be slowed down considerably (compared to a LAN cable) in your typical urban environment thanks to signal interference and architectural considerations. Whatever the cause, Which’s results are at odds with those of the regulator, as well as a multitude of other sources.”

Oh dear Which. There’s always the danger of confirmation bias when research is conducted by organisations with a commercial agenda. Which wants to sell subscriptions, switching services (of which Cable.co.uk seems to be one) want people to shop around through them. It does seem likely, however, that ‘up to’ marketing is misleading and hopefully its prohibition will empower consumers by itself.

Here’s Which’s table, followed by the Ofcom data referred to by Howdle. 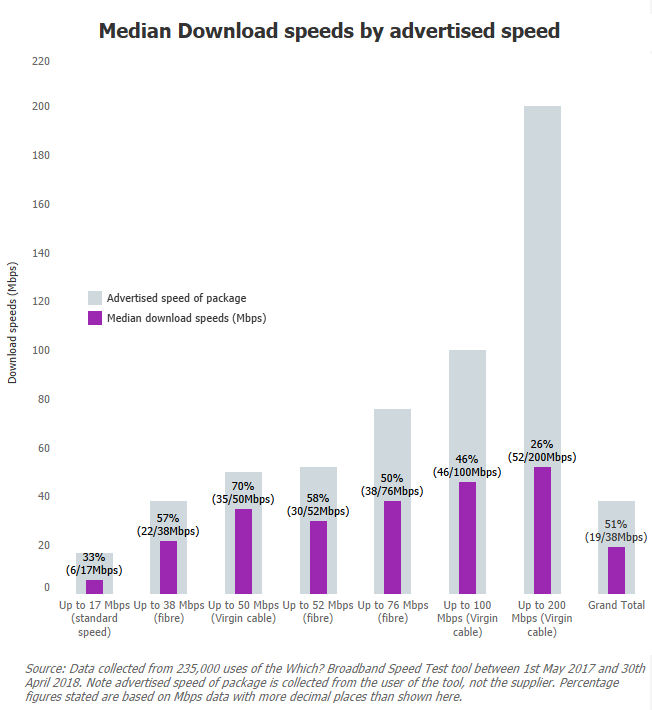 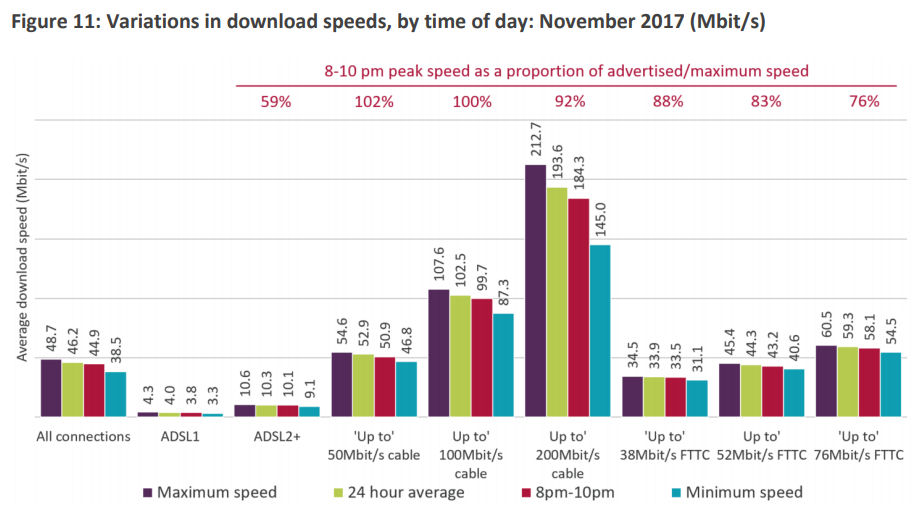 Huawei looks ahead at MWC 2015 with 5G, green and cloud announcements