A report from the National Telecommunications and Information Administration (NTIA) suggests the concerning digital divide in the US is narrowing.

The NTIA, a division of the US Department of Commerce, surveyed various users across the US, unearthing a couple of interesting statistics. For instance, more households had a mobile data plan than wired broadband service in 2017, and for the first time since NTIA began tracking use of different types of computing devices, tablets were more popular than desktop computers.

Looking more specifically at the digital divide, for users living in households with family incomes below $25,000 per year, internet usage increased to 62% from 57% in the previous year. Households earning $100,000 or more showed no change during this period at 86%, and while the gap is narrowing, it is still concerning. Addressing the digital divide has been a priority for successful White House administrations, and while progress is gradually being made, perhaps some would hope it would be accelerating at a greater pace.

Maybe this is the point in the development of the digital community where penetration will hit the levels where you could safely assume is fairly distributed throughout the demographics. The price of data is tumbling, partly thanks to T-Mobile US reinvigorating the race to the bottom, while stagnation in device innovation means second-hand or older models can effectively deliver the same technological experience. Mobile is becoming cheaper and taking over, which will open doors to many who have been excluded from the digital bounties.

Again, looking at the statistics, 64% of users used a smartphone across 2017, compared to 53% in 2015, while tablet use increased to 32% from 29% during the same period. Wearables grew from 8% in 2017 from 1% two years earlier. Those living in higher income households are of course more likely to have multiple devices, though family incomes below $25,000 per year on average used 1.34 different types of devices.

The digital divide in the US is still too large, but the trends are heading the right direction. The introduction of technologies to continue to make the delivery of 4G more cost efficient, as well as the upcoming 5G euphoria will only add momentum to the democratization of digital, but it is not mission accomplished just yet. 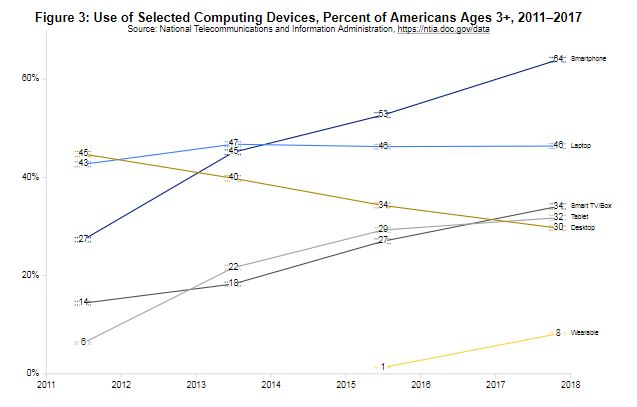 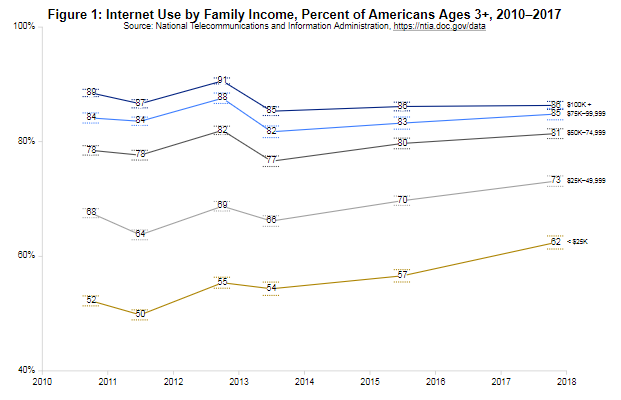 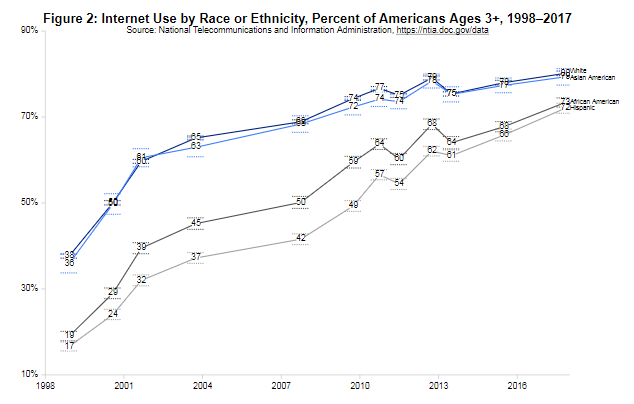 Charting the route to 5G success

Samsung launches mesh-based wifi system in the US

Vodafone forces Three to drop an extra £13 million for its preferred 3.4 GHz spectrum