Ofcom has started including Vodafone’s broadband and landline services among its complaints data and they top both categories.

The good news for Vodafone is that, while its nascent fixed line efforts are the most complained about (to Ofcom, at least) the lead isn’t that great. TalkTalk isn’t far behind in each case and there isn’t much of a gap to the chasing pack. Ofcom didn’t have anything to say about Vodafone specifically, contenting itself with the standard, generic fare.

“With so much competition in telecoms and TV services, companies that are falling short need to make service quality and complaints handling their priority,” said Jane Rumble, Ofcom’s Director of Consumer Policy. “Customers who aren’t happy with their provider can shop around and vote with their feet.”

Ernest Doku of uSwitch.com had a bit more to say. “Vodafone will especially be feeling the heat here as, for the first time, the provider has topped the table for receiving the highest number of complaints for its broadband and landline services,” he said. “However, this is the first time the provider has had enough customers – proportionally – to justify its inclusion in these figures.”

It’s not too surprising that a relatively new set of services should have some teething problems and therefore an elevated level of complaints, so we shouldn’t read too much into Vodafone’s performance for now. But if that level remains high for the next few quarters then that could indicate some more profound issues with Vodafone’s UK diversification.

Here are the tables. 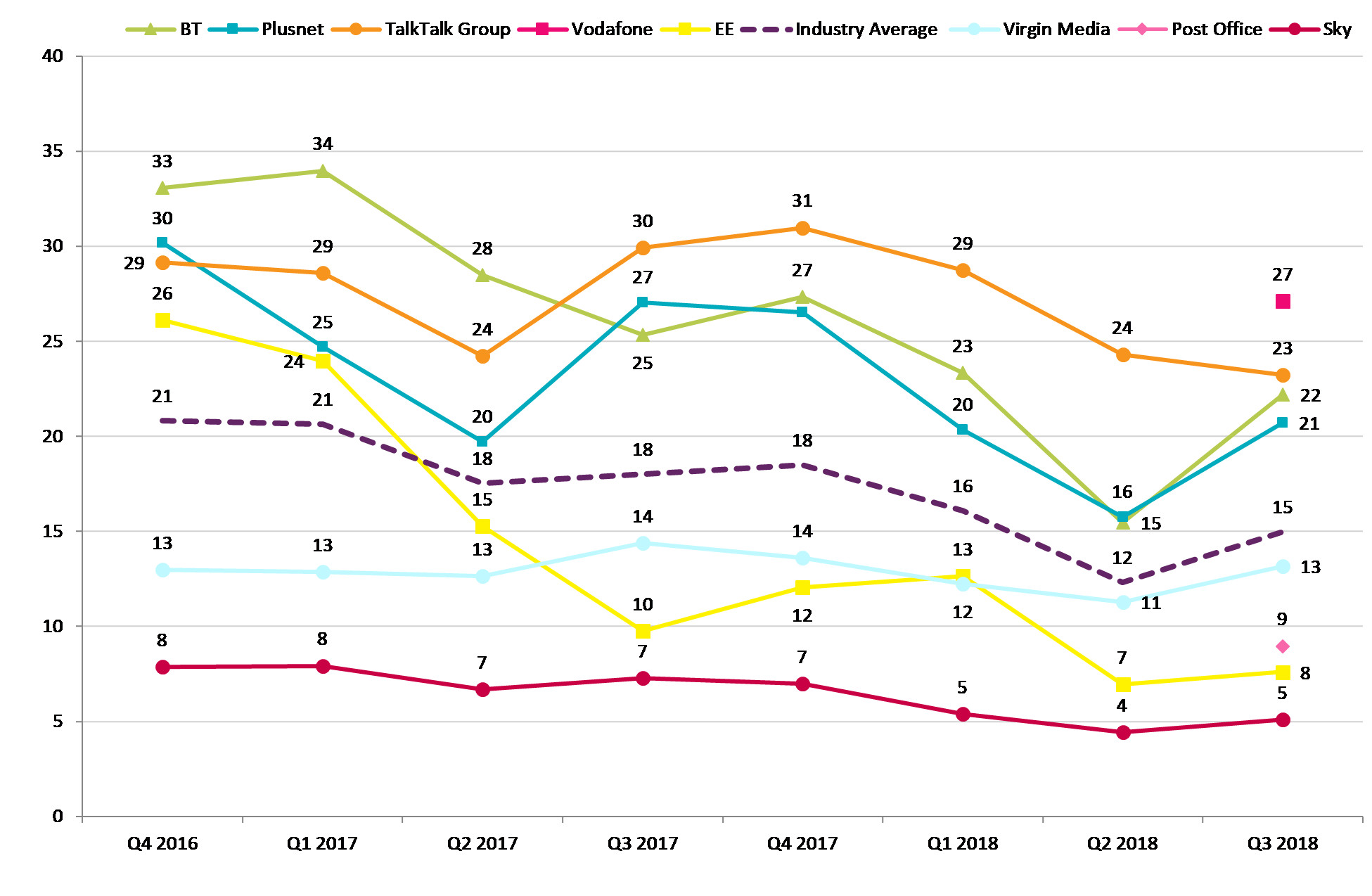 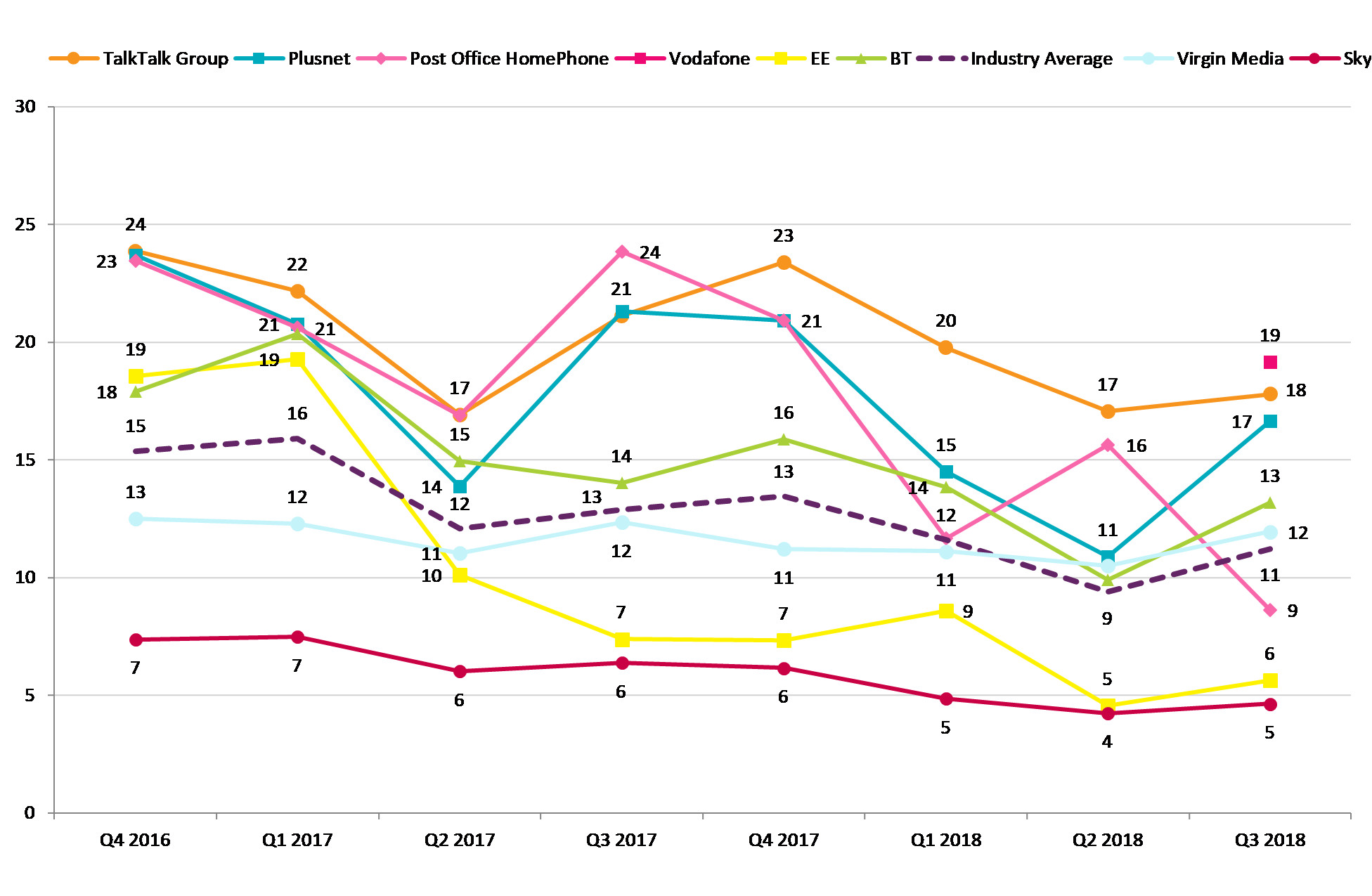 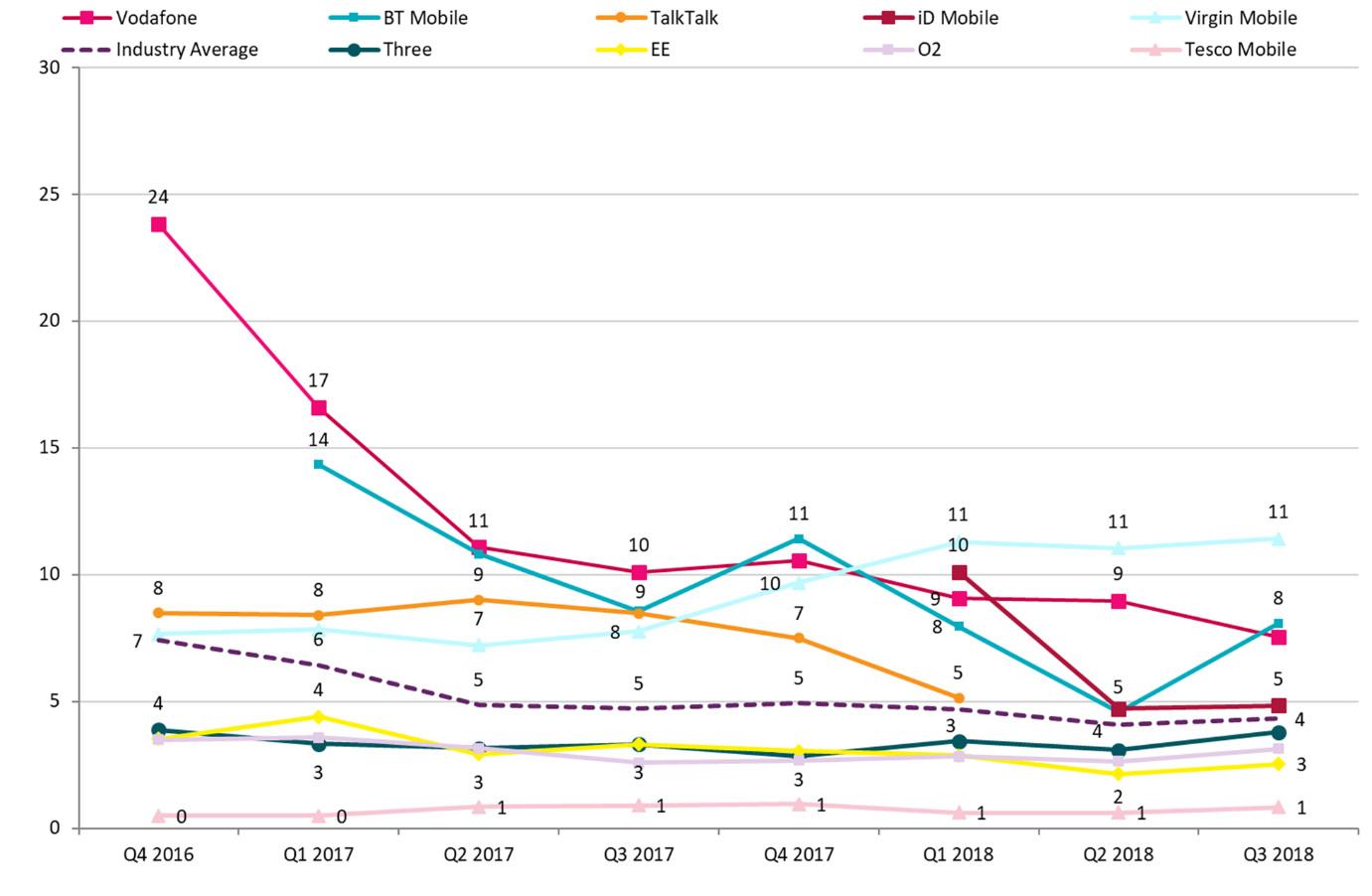 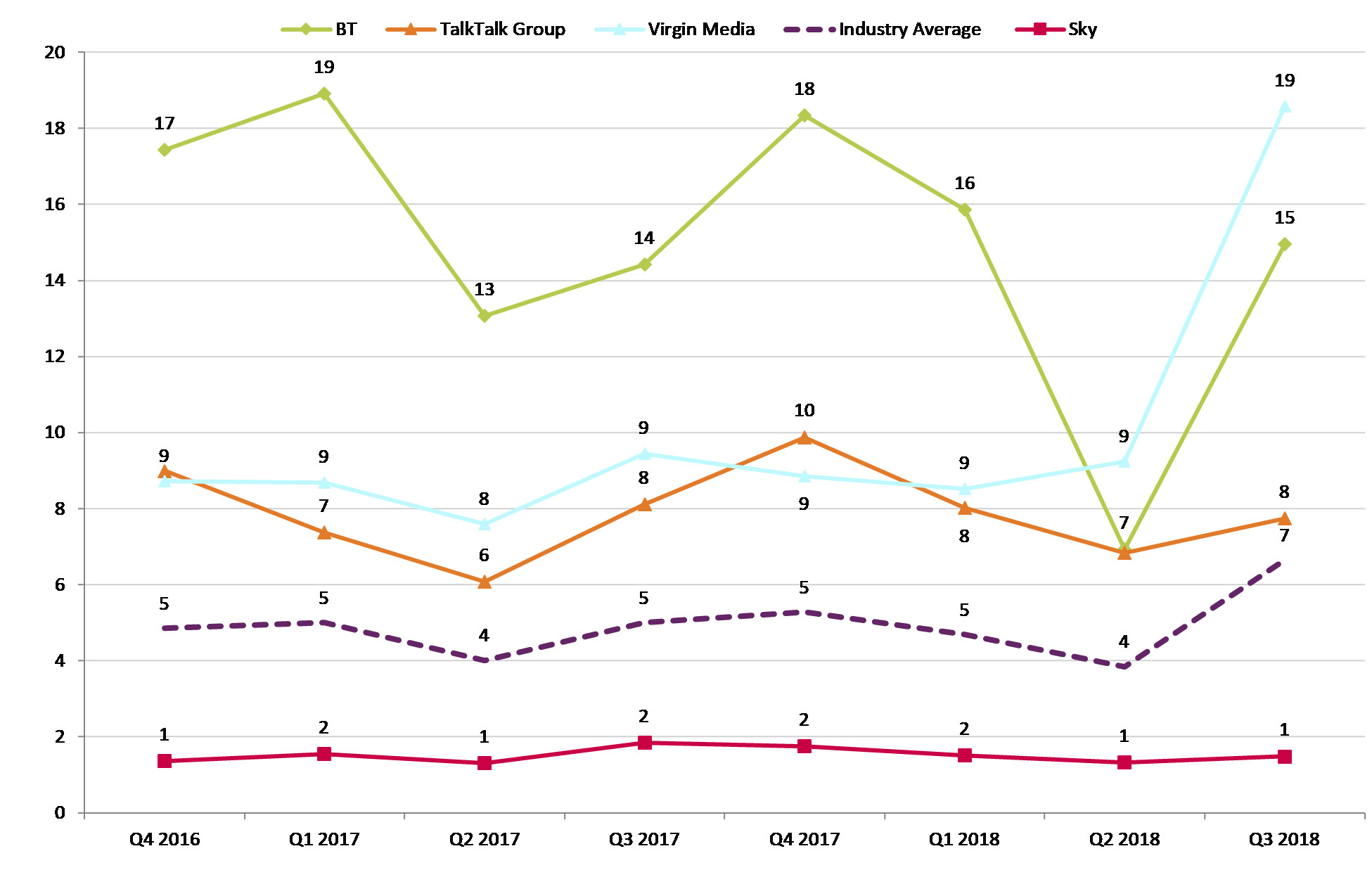 Nokia invests in its IoT portfolio with SpaceTime Insight acquisition