Telecoms.com periodically invites opinion from third party experts on subjects addressing the most important areas of today’s industry. In this post, Fintan Lawler, GM EMEA at Interop Technologies looks at the role of cloud computing in the evolution towards 5G and IoT.

The proliferation of the Internet of Things (IoT) comes with countless potential benefits. Baby monitors, smart meters, even the connected car are all made possible by IoT technology. Indeed, the sheer volume of IoT connected devices is projected to explode in the coming years, surpassing even the number of mobile handsets we use today. All of these devices will need to connect to the network, which presents the question of how mobile operators will be able to manage and monetize their networks in this new era and how they can prepare for it now?

Gartner has estimated that the number of IoT devices will total around 21 billion by 2020, although they have recently revised this prediction slightly, and an Ericsson Mobility Report puts the tipping point as early as 2018. With this in mind, IoT is set to change the game in the telecoms industry. As revenue from calls and data charges continues to decline due to new OTT applications and technologies, mobile operators should be getting ready to take advantage of the opportunities it presents.

What should be interesting to mobile operators is exactly how all of these IoT devices will connect to the network. Because the range of uses for these devices is so broad, there is no default way in which they will all connect, for how long, at what intensity, etc. For example, a connected printer won’t require the same availability and reliability as a medical device. Instead, IoT traffic will likely manifest itself in two broad groups – massive applications and critical applications.

Devices that require minimal data traffic, such as smart appliances are part of the massive IoT applications group that currently represents about 70% of IoT implementations. Normally, these applications use low-bandwidth connection technologies such as GSM-only, but some mobile operators are already rolling out low-power WAN (LP-WAN) networks to facilitate this group.

On the other hand, critical IoT applications require ultra-high reliability and availability with very low latency. Examples include health and medical monitoring devices, telepresence (examples being remote surgery and remotely-controlled vehicles), industrial infrastructure command-and-control and autonomous cars. These applications need specialized, higher-bandwidth connection technologies such as LTE and Wi-Fi in order to function. These same applications will be the driving force for the adoption of the 5G network, which will be the foundation that supports and extends the transport layer, enabling new IoT technologies. The uptake of 4G and its increased data and services was incredibly fast, but there is a gap widening between 4G-based services and those services that could benefit from 5G.

There is no doubt that 5G and IoT are on their way and that they will significantly impact mobile networks, but how operators can monetize them is not immediately obvious; for example the massive applications will not need to use much bandwidth or communicate very often, so the revenue from data transport will not be a replacement for the mobile revenues of old.  Instead of looking to connectivity and transport, operators should consider applications and value added services instead to secure new revenues. While determining what these might look like, operators should also be looking at ways to adapt and scale so that they are fully prepared for whatever might come next.

The ability to scale and adapt quickly will be key to delivering these new revenue generating, value added services and embracing cloud technologies will be needed in order to do so. The implementation and deployment of cloud-based platforms for new products and services allows operators to gain agility through virtualization. Rather than needing the upfront, CapEx costs associated with investing in new infrastructure, virtualized platforms offer pay-as-you-grow options and complete systems management. In turn, this outsourcing affect will also allow the operator to scale up or down dynamically depending on market demands and enable shifts between business models and strategies to more effectively compete.

Scalability is particularly relevant when it comes to IoT; it is still an emerging technology in the sense of its continued development and finding its place within various industries. It also remains unknown how its traffic patterns might manifest themselves in future iterations of IoT applications and how that might impact mobile operators. Put simply, there’s a lot we don’t know about IoT. So investing in one particular aspect of the technology now is a huge risk, while an investment in a cloud platform that is ready to take on whatever ensues is significantly less risky.

Opting for the fully managed cloud scenario also has the added benefit of reducing new hardware to operate and maintain in the MNO’s network. Allowing the technical resources that would have been dedicated to managing the new platform to instead be focused on other revenue-generating activities.

While operators are waiting to see exactly what this IoT revolution will bring, there is an ongoing transformation towards the cloud and all-IP networks as a central strategy for future success. There are already new IP-based technologies like Voice-Over-WiFi (VoWiFi) being used today, which are enabling operators to begin their evolution towards becoming a digital telecom at the service level, before a full network transformation is required. Building a robust cloud infrastructure now, will allow operators to gain a first mover advantage and position themselves in a prime position to adapt to new IoT applications that roll out in the future. Indeed, the cloud is likely now the only strategy for operators to future-proof their business. 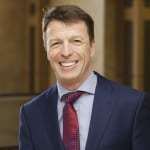 Fintan Lawler is General Manager for EMEA at Interop Technologies, specializing in virtualized IMS infrastructure and IP Services technologies for telecommunication service providers.  In his role, Lawler leads the EMEA efforts to highlight the potential of the current IP revolution and demonstrate how Interop Technologies can deliver the advanced services needed to capitalize on LTE and newer networks. Lawler is an experienced executive with a 17 year track record in the telecoms industry, including senior positions at Eircom, Etisalat and DigiWeb Group.

Regionalised monopolies or all-out competition? That is the question

FCC’s Clyburn defends LifeLine, but whose responsibility is social inclusion?

Don’t expect upstarts to knock Netflix off its throne – report