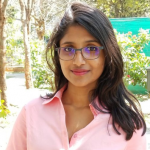 This blog comes from Nivedha RM, the CEO & Founder of TrashCon, providing waste management solutions through fully automated segregation. Her work has been recognized for her efforts by the Red Cross, UNDP, and Israel Embassy, and has received several coveted awards nationally and internationally. She recently spoke at a Women Rock-IT event. To hear more from Nivedha, click here to view the video on demand.

Billions of tons of waste are dumped and burnt all over the world causing many types of disease. When I looked outside my own home, it was no different. I saw tons of waste piled up in the street. While everyone was blaming government officials, I knew there had to be a permanent solution. But I also realized that there was no current solution to treat that waste dumped in the streets and in landfills.

That’s when I had the idea to create a system that can take any kind of waste and automatically sort it into biodegradable and non-biodegradable waste. The idea was to ensure no waste ends up dumped or burnt – when that waste is sorted, it could be recycled.

Well, it was, technically speaking – IMPOSSIBLE.

Imagine building a system that can take any kind of unknown variables and convert them to known variables. That does sound impossible, right?

Well, that’s exactly what I planned to do at the age of 21!

At my age, I had no experience of running a business, nor did anyone in my family. I had no team who would support me to develop the working unit at dump sites. And, well, there was no funding. To top it all, everyone I spoke to was confident my idea would never work. Yet I was still convinced that I would accomplish the impossible.

Everyone else was right – at least in the beginning.

I spent the first six months at dump sites. (That was my office!) I started building a prototype, a 1kg waste-processing model, and then created several larger models after that. But the machines could only segregate a portion of the waste and sometimes broke down. I had also run out of funding. After those six months, I was nowhere close to where I wanted to go.

Right when I was about to drop my dream of fixing this waste problem, I met a mentor who later became my co-founder, Saurabh Jain. Together, over the next two years, we built a team of engineers that would tackle and overcome waste management problems at dump sites.

Today, we process tons of waste every day. We are serving villages, towns, municipalities, and some of the biggest corporations. We have won international awards from prime ministers and ministers and have been featured in at least 100+ media publications for our waste management solution work.

But what I cherish the most from this experience are the days when I wanted to give up, but did not. That is when something magnificent happened that was beyond my imagination: I realized that when you develop the habit of not giving up, the thought of giving up actually gives up.

I was a 21-year-old chemical engineering graduate when I had the idea to find a waste management solution. Today, one of the most impossible problems of all time has a solution.

Start your career in IT today with these online self-paced courses.

Enterprise Network Availability: How to Calculate and Improve

How Philips is building change into the network – and the organization

Any cookies that may not be particularly necessary for the website to function and is used specifically to collect user personal data via analytics, ads, other embedded contents are termed as non-necessary cookies. It is mandatory to procure user consent prior to running these cookies on your website.