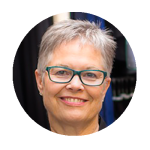 This blog comes from Camilla Olson, the CEO & Co-founder of Savitude, an AI technology company that uses predictive modeling to address the fit and flatter issues in fashion design. She’s been recognized for her work through TechCrunch’s highly competitive “Startup Battlefield” and selected to participate in Techstar’s “Retail Accelerator,” in partnership with Target. She recently spoke at a Women Rock-IT event. To hear more from Camilla, click here to view the video on demand.

Why does someone become a fashion designer? Or a scientist, an investor, or entrepreneur – or all of the above?

I don’t ever recall thinking I wanted to “be” this or that. I just wanted to do something. And then I looked up and discovered I had become something.

It is your skills and character that makes you who you are. You get to decide on which skills you have. But your character … how does that happen? Three character traits have helped me enormously in my life. I’ll share the secret to how you might be able to amplify these in yourself.

My own curiosity meant I was taking risks. I hit bumps in the road, but also had great adventures. College was a huge transition for me; it allowed me to escape my old life. I went to my state’s college, the University of Maryland. It was like a sandbox to me. I was eager to try new things – which in the 1970’s was sometimes dangerous.

As a freshman, I took a job washing dishes in an algal biology lab. It wasn’t very interesting. But the lab tech next door, an older man, was using a crazy-sounding instrument called the Scanning Electron Microscope, or SEM, in the Engineering Dept. After a bit of my pestering, he took me to the SEM lab and let me watch as he looked at specimens. The microscope shot electrons onto the gold coated surface of the specimen, which allowed us to see the specimen in 3D, at a microscopic level.

Soon, I got to know the person who ran the microscope lab in that same Engineering Dept. In passing, he mentioned an upcoming three-day meeting in Chicago, with international scientists gathering to talk about Scanning Electron Microscopy!

I had to go. This was my calling. It was my curiosity talking to me.

I drove for two days, from Maryland to Chicago, and slept on the floor of a friend of a friend’s apartment to attend this meeting. I met scientists from Oxford, Cambridge, and the famed IBM Research Labs, who were involved in groundbreaking work in microscopy. I made friends with all of them, talking about the lectures, their research, and joining the group for meals.

The team from Oxford labs invited me to join them as an intern that summer, where I could work on one of three existing million-volt microscopes and help them build the first Scanning Transmission Electron Microscope, now known as a STEM instrument. I was so curious and fascinated by electron microscopy that I took all the available classes on campus in this area.

And so, by listening to my curiosity, I got the priceless experience of working with top scientists, learning about a groundbreaking new technology, and participating in its development, at one of the most respected universities in the world.

Some years ago, I received a letter from a US Presidential Science Advisor thanking me for a job well done as a consultant. He said, the one thing I should be sure to pass on to my children is my perseverance. He thought it was a rare trait.

Later, as I thought back on it, my first memory with perseverance was in my first job after college. Soon after graduation, I took a job at Johnson & Johnson, establishing an electron microscope lab in one of their subsidiaries. Up to that point, my professional experiences was in government and academic environments.

Moving to a for-profit organization was confusing for me, and I didn’t feel that I fit-in. But then, I saw a notice, on the bulletin board in the lunchroom to participate in a graduate class “on the pharmaceutical industry.”

I took the GRE – which means I took the risk of applying, which led me to a degree. This laid the groundwork for what was to follow. Johnson & Johnson had a tuition reimbursement program for that MBA, but it did not extend to my job level. I was told to wait until I was in a higher position to take the program, when I could use the degree. I fought that suggestion. I talked with the head of HR to lobby for a change in policy. I ended up getting all of my tuition reimbursed. In my six years at Johnson & Johnson, I continued to persevere, and went from Research & Development, to Regulatory Affairs, and then on to finance where I did sales forecasting.

My innate curiosity and asking “what might appear to be dumb” questions to understand my environment would soon open up more opportunities for me.

While at a conference for another employer, I overheard a group of people in their late twenties chatting ahead of me in the registration line. They worked on Wall Street, and I was fascinated by their conversation on industries and markets. Soon, I became close friends with that group and learned a lot from them.

After that chance encounter, I was inspired and started to look for a job on Wall Street. I quickly realized that my varied experiences were an asset in this new fiscal world.

I had no idea what investment banking was, so I met with anyone who would talk with me. As luck would have it, I ran into the Chairman of the Board from my company at a Christmas party. It was awkward to answer the question, “Where do you work?” But taking hold of my courage, I told him I worked for him and was looking for a job.

Unknown to me, over the next few days, he made some calls. Soon I had an interview at a venture capital firm. At first, I was confused because I didn’t know what venture capital was. I decided to take a leap of faith and, after many interviews, got that job.

After four years of working in venture capital, I decided to move to the other side of the table, as I realized that I wanted to be on the creative side of the equation. Over the years, I’ve founded seven companies, all of them with great teams of people. Some succeeded, and some didn’t succeed.

In the middle of that, I went back to school to earn my MFA in fashion design and spent five years running a fashion label. I didn’t realize that, while it is hard for a consumer to shop e-commerce stores and find the right clothes that will look good on them, no-one teaches designers how to fix that problem. I spent several more years experimenting with my label and eventually changed direction again entirely.

You see, prior to earning my MFA, I had owned two successful predictive modeling start-ups, and I saw similarities with the kind of problems we were solving in my eCommerce fashion company and the issues we faced in those two companies. So four-and-a-half years ago, I started up Savitude, an AI technology company, to solve the “fit” and “flatter” problem we had in our eCommerce label.

Reflecting on traits for success

Now in a reflective time of my life, I have wondered, “what has kept me going in this direction?” What keeps me doing this now? The nature of my reflection has changed, and I started to see new patterns. Not long ago, I connected my attraction to early stage startups, inventions, and inventors to my early life. I started to think I could alter my own perception of my surroundings. How and when this started, I don’t know…but I do know why.

To survive my abusive childhood, I created alternate narratives. I searched for the rules on how it could be. I wanted a copy of the “rule book” that I thought everyone was born with.

Eventually, I realized I had to write my own rule book.

If you resonate with even a small part of my story, you too can transfer the energy you spend on questions like “why didn’t I do?” into creative exploration and innovative contemplation.

I am most grateful for the perseverance this exercise has given me. And, perhaps some of you have also found the inner strength to endure difficult times. You can repurpose that strength to navigate a rewarding path.

The traits of curiosity, perseverance, and innovation have helped me enormously. I have had experiences that have made me feel small, and those memories are enduring. But in those times, I have imagined brightness in the dark, interest where was none, and the will to wake up every day, which in turn has given me the power to invent, to patent, to hire, to sell, to deposit money.

I shared my experiences here to show you that you are not small, to harness your survival skills and put them to work for you. These traits have provided me the grit, imagination, and determination needed for success in today’s world.

Start your career in IT today with these online self-paced courses.

Discover more in digitaltelcos
Get In Touch Opens in a new tab
Close Menu
Not a member?
Sign up
Already a member?
Sign in
Back to
Login
×
Close Panel

I have been supporting several CSPs in Latin America to improve their business with efficient investments and optimization projects telecom networks, introducing organizational process changes and decision-driven based on data analytics, as a change agent in digital transformation promotion.